Iran Rejects ‘Compromise’ in Vienna Talks to Bring US to Compliance

Iran’s Foreign Ministry has unequivocally ruled out any prospect of “compromise” in Vienna talks to revive the 2015 nuclear deal which is on life support since the US withdrawal in 2018.

Reporting on the meeting, German newspaper Handelsblatt quoted the Qatari emir as saying that “the Iranian leadership told us they were ready for a compromise.”

Khatibzadeh rejected the account of the meeting as completely wrong.

He said the translated version did not exactly communicate the exchanged remarks, denouncing the mistranslation as an instance of media mischief.

“The Leader never made any reference to compromise, rather saying to the Qatari emir that ‘we have always said that negotiations have to produce a result instead of wasting time. The Americans know what they should do in this regard,’” he said.

“It is completely clear from the purport of the Leader’s remarks that the ball is in the US court, that should take a wise political decision towards implementing its commitments,” the spokesman added.

The former US administration led by Donald Trump unilaterally withdrew from the deal that is officially known as the Joint Comprehensive Plan of Action (JCPOA) in May 2018. Washington then reinstated the economic sanctions that had been eased under the accord.

Since April last year, Iran and the remaining signatories to the deal have been engaged in marathon talks in the Austrian capital of Vienna to salvage the accord and bring the US back to compliance.

The latest round of talks has been stalled over Washington’s dilly-dallying tactics and refusal to respond to Iran’s proposals. 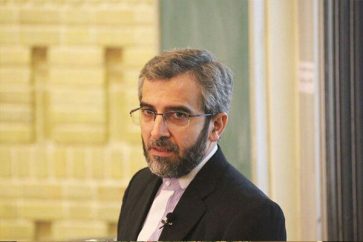 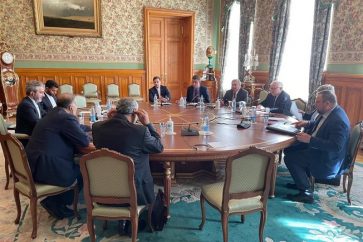