The spokesperson for the Iranian Foreign Ministry expressed regret about Ukraine’s decision to revoke the accreditation of Iran’s ambassador and reduce the Iranian diplomatic staff in Kiev, warning Ukraine against attempts by outsiders to undermine relations with Tehran.

In a statement on Saturday, Nasser Kanaani deplored the Ukrainian government’s decision about diplomatic ties with Iran, saying it is based upon unconfirmed reports and media stories run by foreign parties.

On Friday, the Foreign Ministry of Ukraine said it has stripped the Iranian ambassador of his accreditation and decided to reduce Iran’s diplomatic presence in Kiev to protest what it called Iranian drone deliveries to Russia.

“Supplying Russia with weapons to wage war against Ukraine is an unfriendly act that deals a serious blow to relations between Ukraine and Iran,” the ministry said in a statement.

In response, Kanaani reaffirmed Iran’s clear policy of neutrality in the conflict between Ukraine and Russia, reiterated Tehran’s opposition to war, and stressed the need for the political settlement of differences by avoiding violence.

He noted that Iranian Foreign Minister Hossein Amirabdollahian has held several meetings and contacts with his Russian and Ukrainian counterparts in recent months to help resolve the crisis.

Kanaani also stated that Iran will take the necessary measures in response to the Ukrainian government’s decision, advising Kiev not to fall under the influence of third parties that seek to harm the relations with Iran. 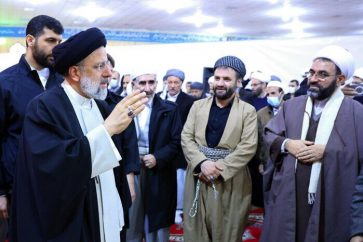