The So-called ‘Mediator’ Amos Hochstein: An Enemy at Our Doors!

Have you ever heard about a mediator who holds the nationality and the thoughts of one of the warring sides? That’s what Lebanon needed!

The Israeli-born Amos Hochstein arrived in Lebanon late Tuesday as a US energy envoy who will allegedly ‘mediate’ maritime border talks between Lebanon and the Zionist entity.

This what happens in our country, with no Lebanese official daring to raise the voice and say “this man is a persona non grata.”

In an article published on Thursday, Al-Akhbar Lebanese daily described the US envoy as “an Israeli-born who served with the Israeli occupation army, killed the people of this land (Lebanon) and now acts in Beirut as a man on a spy mission in favor of his “homeland” (the Zionist entity).”

The newspaper lashed out at Lebanese officials who “are used to yield to US’ dictations.”

“When asked about the issue, a US diplomat said that many Lebanese officials have dual nationality, wondering if such officials take the side of Lebanon in case they were engaged in negotiations with the countries they hold its nationality too,” Al-Akhbar said.

It added that “the US diplomat’s impudence reached a stage where he said that several Lebanese officials often ask if Washington allows them to visit Syria or take part in events attended by blacklisted figures without blacklisting these officials.”

In this context, the daily quoted the US diplomat as wondering: “So you expect that we shall ask those Lebanese officials about the envoys whom we dispatch?”

Al-Akhbar denounced the visit by Hochstein and his role as a national and moral scandal that should be confronted. It also called Lebanon’s silence on the issue as an indirect normalization of ties with the Israeli enemy.

“There should be a call to refuse this kind of indirect normalization with the enemy. Today we receive an Israeli-born official. But, who knows, tomorrow we may reach an agreement on joint development of disputed gas fields!”

Who is Amos Hochstein

Born in the occupied territories in 1973, Hochstein served with the Israeli occupation army from 1992 to 1995, and participated in the 1993 Israeli aggression on Lebanon.

During his diplomatic missions, he worked on several files including naturalization of Palestinian refugees in Iraq in the nineties of the last century. In 2000, he planned to return to the Zionist entity, but assumed diplomatic posts in Washington.

In 2011, Hochstein began working at the US Department of State in 2011, joining the newly formed Bureau of Energy Resources. He supervised oil sales to Kurds, and as the US-backed war in Syria raged, he sought to secure profits from oil sales in north eastern Syria.

Between 2013 and 2016, Hochstein visited Beirut repeatedly as a Special Envoy and Coordinator for international Energy Affairs to tackle Lebanese gas, its exploration and excavation process.

Between 2014 and 2017, the Israel-born envoy also worked to minimize Iran exports. 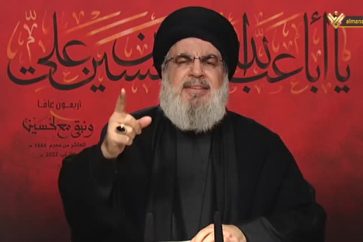 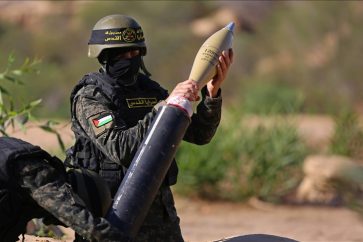