Lebanese Information Minister George Kordahi is expected to announce his resignation on Friday, Reuters quoted sources as saying on Thursday.

The sources said Kordahi’s resignation aimed to open the door for negotiations by French President Emmanuel Macron to resolve the dispute with Saudi Arabia during a planned visit to the Kingdom this weekend.

Saudi Arabia has been leading attempts to press Lebanese government to resign over remarks made by Kordahi on the Saudi-led war on Yemen.

Riyadh has expelled the Lebanese ambassador and impose a blanket ban on all imported goods from Lebanon. The Arab Kingdom has also summoned its ambassador to Lebanon for consultations.

In an Al Jazeera-affiliated youth show last August, Kordahi said Houthis are defending themselves against Saudi and Emirati aggression on their country.

Kordahi defended his comments, saying he voiced his personal views b 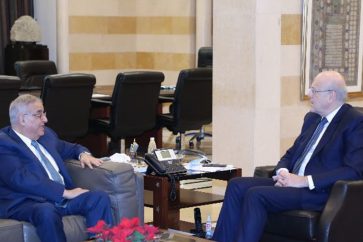