Bassil: Resumption of Cabinet Sessions is a Positive Step

Head of the “Strong Lebanon” parliamentary bloc, MP Gebran Bassil, on Tuesday considered after the bloc’s meeting that “the return of the government’s sessions is a positive step which we hope will be a prelude to other steps, yet not sufficient”.

Hezbollah and Amal Movement announced on Saturday they both agree to attend the ministerial council sessions devoted to approve the state budge, the economic recovery plan, and all the decrees related to the improvement of the socioeconomic conditions of the Lebanese people.

We will attend the government sessions in refutation of the false deactivation accusations thrown on us and in response to the needs of the honorable citizens as well as the call of the economic, professional and syndicalistic sectors,  Hezbollah and Amal Movement added.

In a joint statement, Hezbollah, Amal Movement reiterated their rejection of politicizing the judiciary work, adding that they both will continue endeavoring to correct the judicial path and restore justice.

The statement explained that the deep crisis manifested in the unprecedented inflation, the detainment of the depositors’ funds in the banks, the deterioration of the public services, and the political complications imposed on Hezbollah, Amal Movement to exert much efforts and make concessions in order to facilitate the cabinet formation.

The two parties stressed that the basic way of resolving the crisis and alleviating the citizens’ agonies lies in the presence of a strong, capable and well-trusted government.

The judicial investigator into Beirut Port blast Tarek Al-Bitar’s unconstitutional performance, legal violations, and blatant politicization of the file imposed on Hezbollah and Amal Movement to suspend att3ending the ministerial council as all the legal, political and popular attempts of pushing Al-Bitar to recuse himself were blocked.

In this regard, the two parties called on the executive authorities to correct the judicial path and preserve commitment to the Constitution which rejects involving a humanitarian cause in the political interests. 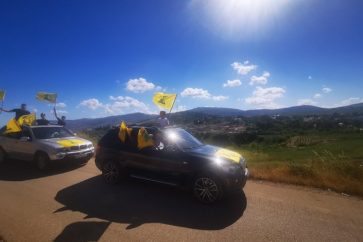 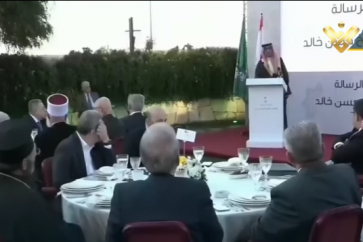 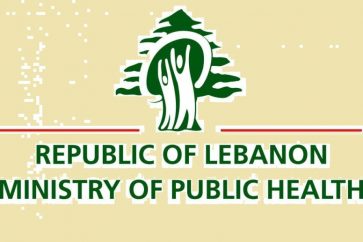