Bahraini opposition groups have called for mass participation in rallies marking the eleventh anniversary of the February 14 uprising, as the Al Khalifah regime continues its heavy-handed crackdown on dissent in the Persian Gulf country.

The groups published schedules of their activities on social media accounts, saying the steps will start as of Sunday, February 13, by turning off the outside lights at 08:00 in the evening and taking part in an online campaign under the Arabic hashtag “United on the Path of Truth.”

They also urged shopkeepers and owners of commercial establishments to down their shutters on Sunday evening and asked people from all walks of the society to join marches and sit-ins in entire neighborhoods in commemoration of the 2011 popular uprising.

The opposition groups called on ordinary citizens to take civil disobedience steps in all regions across Bahrain over the course of Sunday and Monday, February 13 and 14.

The groups also stressed their faithful adherence to the principles and goals of the 2011 popular uprising stipulated in the “Pearl Charter” – the foremost of which are putting an end to the dictatorial tribal rule in Bahrain, establishing the right to self-determination and exposing its falsified nature before the international community.

Bahrain’s most prominent cleric Ayatollah Sheikh Isa Qassim has said that drawing up a new constitution is the only way out of the political crisis in the protest-hit Persian Gulf country, urging the regime in Manama to pursue an agreement with the Bahraini opposition instead of increasingly suppressing dissent.

Demonstrations have been held in Bahrain on a regular basis ever since a popular uprising began in mid-February 2011. 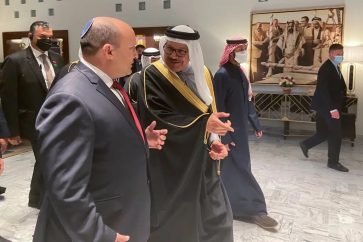 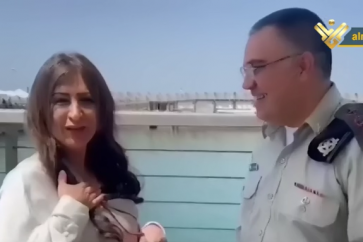 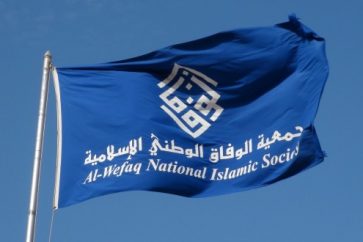 Al Wefaq: Negev summit is an attack on the sovereignty of all Arab and Islamic states