Russian President Vladimir Putin says some European counties will not be able to end their reliance on Russian oil imports for the time being, as the European Union (EU) pushes to impose a ban on the country’s oil over the war in Ukraine.

“Obviously, some EU states, in whose energy balance the share of Russian hydrocarbons is especially high, will not be able to do this for a long time, to ditch our oil,” the president said on Tuesday.

Speaking at a televised meeting with domestic oil managers and government officials, Putin said that Western sanctions and a possible embargo on Russian oil had resulted in an increase in global oil prices.

“There are tectonic changes on the oil market, and making business as it had been done before, in line with the old model, looks unlikely,” Putin said, adding that it was important to set up a complete chain from producer to end-buyer.

The European Commission proposed a ban on crude imports from Russia in early May as part of a raft of new sanctions to punish Moscow over the military campaign in Ukraine.

The European Union (EU), however, has so far failed to reach an agreement on the proposal, as Hungary continues to stand firm against the proposal.

Hungary has argued the ban, which could last for years, would “completely destroy” its energy supply security.

The EU needs unanimous agreement from its 27 members to push through each set of sanctions.

Foreign ministers from the 27 EU countries met in a gathering on Monday, to discuss the ban, but they failed in their effort to pressure Hungary to lift its veto of an oil embargo on Russia.

“Unhappily, it has not been possible to reach an agreement today,” said EU foreign policy chief Josep Borrell.

He said that Hungary set out its argument based on economic, not political, concerns.

“I am confident that we will find agreement in the coming days,” German Foreign Minister Annalena Baerbock said.

We have to agree, we cannot be held hostage,” he added.

Hungary imports 65 percent of its oil and 85 percent of its gas supplies from Russia, according to Hungarian government spokesman Kovacs It has long ruled out supporting any import ban on Russian oil and gas.

Hungary and Slovakia, both highly dependent on Russian oil, have been offered an extra year to meet the EU demands to enact the ban.

Some diplomats now hope to reach an agreement a May 30-31 summit, probably over six months, with a longer transition period for Hungary, Slovakia and the Czech Republic.

The United States and Britain has already imposed an oil embargo on Russia. The EU has banned Russian coal.

The Russian president warned last that anti-Moscow sanctions have backfired and that Western countries have been hit worse by the bans.

He said that the West “guided by short-sighted, inflated political ambitions and by Russophobia, deal a much harder blow to their own national interests.” 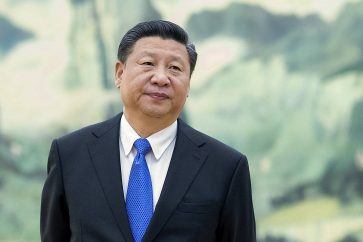 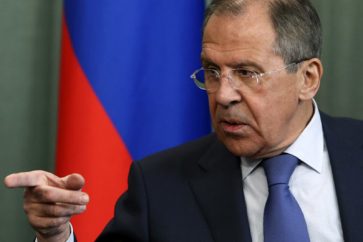 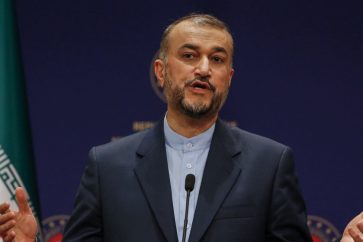