West Bullying Iran, US Pressing Lebanon to Do So – Al-Manar TV Lebanon
Menu

US Vice President Kamala Harris announced in early November it would work to remove Iran from the UN Commission on the Status of Women over alleged abuses against women during the foreign-backed riots across the Islamic Republic.

The announcement was followed by speedy efforts by Washington and other Western countries to defame Iran and try to undermine its participation at the international bodies.

The US-led Western campaign against Iran have been utilizing the recent riots as a pretext to take aim at the Islamic Republic.

Since mid-September, several Iranian cities have witnessed riots, which erupted amid protests over the death of 22-year-old Amini who fainted at a police station in Tehran and was pronounced dead three days later in hospital.

Many initially blamed the Iranian police for the incident, but an official report by the forensic authority in the Islamic Republic concluded later that Amini’s death was caused by illness rather than alleged blows to the head or other vital body organs.

Using the protests as a cover, rioters and thugs — many of them later found to have links with foreign parties — went on a rampage, engaging in brutally attacks on security officers, vandalism, desecration of sanctities, and false-flag killings of civilians to incriminate the Iranian police.

On Wednesday (November 16), the UN’s Third Committee (Social, Humanitarian and Cultural) approved a draft on the human rights situation in Iran by a vote of 80 in favor to 28 against, with 68 abstentions.

Under the draft’s terms, the Assembly “would express concern at the alarmingly high frequency of the imposition of the death penalty in the country.”

Further, it would urge Iran to “cease the use of excessive force against peaceful protesters, including women and children, such as in the aftermath of Mahsa Amini’s arrest and subsequent death while in custody.”

Iran’s Foreign Ministry firmly rejected the resolution as “one-sided” and “unrealistic”, stressing that its supporters are “misusing sublime concepts and values of human rights in order to advance short-sighted political goals.”

Wednesday’s resolution came a week before the 35th special session of the Human Rights Council. The session this year, on November 24, is dedicated on the so-called “deteriorating situation of human rights in the Islamic Republic of Iran, especially with respect to women and children,” following an official request submitted by Germany and Iceland.

It also came as the US, Canada, New Zealand, Netherlands are launching a campaign aimed at calling on the UN o expel the Islamic Republic from the UN Commission on the Status of Women.

Anti-Iran Campaign… How It Works?

Claims on alleged ‘violence’, and the so-called ‘high frequency of death penalty’ in the Islamic Republic have been maliciously worked on by anti-Iran media.

The tweet appeared to allude to a false narrative on Iran that had been circulating online, and were quickly debunked by experts.

Trudeau’s post had been retweeted over 6,000 times before being removed. The false news was also tweeted by celebrities with a sizable following.

The incident is just a sample of anti-Iran propaganda and shows the far reach of misinformation in the age of social media and its amplification by those in positions of power.

Features of the voting in the November 24 session of the Human Rights Council started to be clear this week, with media reporting on the US role to provoke against Iran.

Lebanese daily Al-Akhbar reported on Thursday (November 17) that the US has been pressing Lebanon to refrain from voting against the anti-Iran resolution as in sessions throughout previous years.

“As ordered by caretaker PM Najib Mikati, Lebanese FM Abdallah Bou Habib is likely to refrain from the voting,” Al-Akhbar reported in article entitled: “Mikati… No Dissociation in case of the US.”

The paper added that Iranian Ambassador to Lebanon Mujtaba Amani contacted Speaker Nabih Berri to ask about the issue, noting that Berri promised Amani that he would talk to Mikati in a bid to discourage the caretaker PM from such move.

The daily said further that Hezbollah also contacted Mikati on the same issue, noting that finally, the Lebanese caretaker PM called Bou Habib late Wednesday and urged him to order Jeanne Mrad, the Charge d’Affairs of Lebanon’s Permanent Mission to the UN, to go back to Beirut’s position and vote against the anti-Iran resolution.

However, Al-Akhbar said that Bou Habib issued 4 conflicting decisions regarding the Lebanese stance in one day, “making the issue more confusing.”

Citing previous incidents when Mikati has violated the so-called dissociation policy, the newspaper said: “The caretaker PM proves, day after another, his full submission, along with Bou Habib, to the US administration.

“Mikati adopts the dissociation policy, except for decisions ordered by the United States,” Al-Akhbar said. 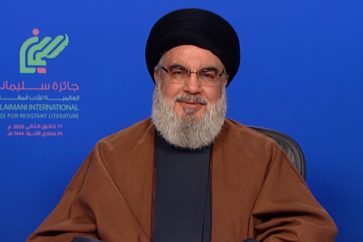 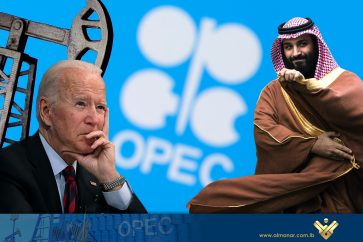 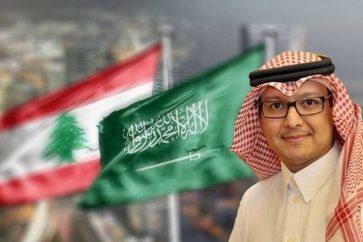