An Israeli was killed and many others were injured in a heroic operation in Al-Quds (Jerusalem) on Wednesday.

Israeli media reported, citing occupation police and medics, that two explosions at two bus stops near entrances to Al-Quds on Wednesday morning killed one Israeli and left another 22 people injured.

The first explosion occurred close to the main entrance of the occupied city in the so-called area of Givat Shaul, shortly after 7 a.m., peak commuter hour, Times of Israeli reported.

Eighteen Israelis at the bus stop were injured in the blast, including two critically and two seriously, medical officials said.

One of the injured died later at hospital, the Israeli paper added.

A second blast occurred shortly after 7:30 a.m., at the so-called Ramot junction, another entrance to Al-Quds, Times of Israel said, adding that five Israelis were lightly hurt by shrapnel or suffered from anxiety in the second explosion.

Ynet quoted an Israeli medic as saying that the explosion was crazy explosion, adding that there was a damage everywhere there.

Israeli media reported that the occupation forces were on high alert, adding that police had closed off the Route 1 highway following the first blast.

The Jerusalem Post cited occupation police as saying that the explosions appeared to have been caused by a bomb placed in a bag near a bus.

The bus was riddled with holes, showing the dispersion of shrapnel, Jpost said, adding that the bombs were detonated remotely and were reportedly packed with nails and bolts.

“Initial police investigation taken by Israeli police saboteurs at both scenes shows that different explosive charges were placed at both scenes.  It is suspected that this is a combined terror attack,” the occupation police said in a statement.

Israeli Occupation Police Commissioner Kobi Shabtai arrived to the scene of the first explosion where he was briefed on the attack and held a situational assessment with Al-Quds District Commander Doron Turgeman.

Speaking at the scene, Shabtai said that every bus in Al-Quds will be searched by police officers and all of the bomb-sniffing dogs in the Zionist etity will be activated to search for explosive devices. He added that police are investigating whether or not there was more than one person involved in either attack.

Al-Manar’s Editor of Hebrew Affairs Hasan Hijazi described the operation as qualitative, noting that it is different from stabbing and shooting attacks which took place recently against occupation forces in Al-Quds and the West Bank.

Details behind the operation indicate professional performance of the attackers who moved in short time between two close areas, Hijazi stressed.

Meanwhile, the head of the police operations division said the two bombs that were detonated at bus stops were “high quality” explosive devices.

Speaking to reporters, Israeli Deputy Commissioner Sigal Bar Zvi said due to the nature of the attack, occupation police suspected an organized cell was behind it, rather than just one person.

She added that the bombs were placed behind the bus stops and in a bush.

She revealed that there were no specific warnings about the attack, but there had been intelligence pointing to planned attacks in general.

Palestinian resistance factions Hamas and the Islamic Jihad hailed the operation in Al-Quds.

“The operation in the occupied city of Jerusalem is a natural response to the occupation, its terrorism, and its criminal practices against the defenseless Palestinian people and its holy sites,” the group said in a statement.

“The operation says to the leaders of the Occupation [Israel] and the leaders of the settlers that none of the policies of your criminal government will protect you from the strikes of our people’s resistance,” Tarek Ez Din, spokesperson for Islamic Jihad said.

“The Zionist occupation is paying the price today for its crimes and aggression against our people and the Al-Aqsa Mosque, and we have warned about this repeatedly,” the spokesman for Hamas, Abd Latif al-Kanou, said.

“Our people will not remain silent in the face of this, and the outrage Al-Aqsa will explode and spread in all regions,” he added. 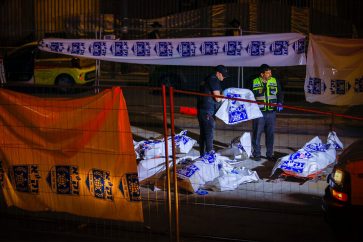 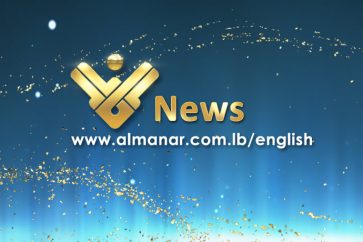 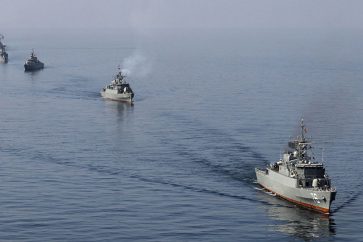