There was no word yet on any casualties in the latest attack claimed by the terrorist outfit.

The attackers stormed the Villa Rose hotel, which is close to the presidential palace, with explosives and guns, said police officer Mohammed Abdi on Sunday. It was not immediately clear how many attackers there were, he added.

Some government officials at the Villa Rose were rescued after escaping from windows, said Abdi.

The attack comes as al-Shabaab has intensified its attacks in Somalia, with at least 100 people killed in twin car bombings in the Somali capital on October 30.

“Our people who were massacred … included mothers with their children in their arms, fathers who had medical conditions, students who were sent to study, businessmen who were struggling with the lives of their families,” Somali President Hassan Sheikh Mohamud said after visiting the site of the October 30 blast.

At least 21 people were killed in August when al-Shabaab attacked another hotel in Mogadishu. The armed group also claimed an attack on yet another hotel in the southern city of Kismayo last month that left nine people dead.

Al-Shabaab, an al-Qaeda-allied terrorist group fighting in Somalia for more than a decade, is seeking to topple the country’s central government and establish its own rule based on a strict misinterpretation of Islamic law.

The terrorist group uses a campaign of bombings both in Somalia and elsewhere, and targets have included military installations as well as hotels, shopping centers, and busy traffic areas.

Its fighters were driven out of Mogadishu in 2011 by the African Union peacekeeping forces. But it still controls swaths of Somalia’s countryside and has stepped up attacks since President Mohamud took office in May and pledged an “all-out war” against the group. 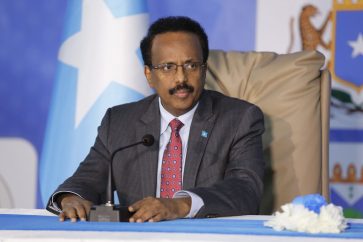 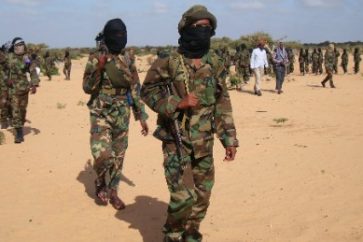 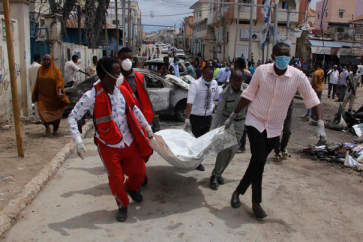