Iran on Top of IAEA Inspections List in 2019: Envoy

Outlining the level of Tehran’s cooperation with the UN nuclear watchdog, the Iranian ambassador to international organizations in Vienna says the Islamic Republic received the biggest part of the inspections that were carried out worldwide by the atomic organization in 2019.

Last year, the Islamic Republic received 21 percent of the entire visits that were made to various nuclear sites across the world by inspectors of the International Atomic Energy Organization (IAEA), Kazem Gharibabadi told reporters on Tuesday.

He was citing the IAEA’s 129-page 2019 Safeguards Implementation Report.

The country also received more than 90 percent of the visits that were paid by the inspectors to the 62 countries which have signed the Safeguards Agreement with the agency and its Additional Protocol.

Providing a lowdown, the diplomat said out of the agency’s 466 inspections, 432 ones were carried out at Iran’s nuclear sites.

The agency also implemented 45 “additional inspections” of the 62 countries, 33 (73 percent) of which were carried out in the Islamic Republic, he added.

This is not the first time that the Islamic Republic tops the list of the most-frequently-inspected countries, Gharibabadi pointed out, noting that the sheer frequency of the inspections reflected the “complete transparency” of Iran’s nuclear activities.

Gharibabadi, meanwhile, cautioned that Iran could reconsider its cooperation with the IAEA given the threats that have been posed to its 2015 nuclear agreement with world powers. The agreement, which is also known as the Joint Comprehensive Plan of Action (JCPOA), enabled “surprise” visits into Iran’s nuclear work.

The Iranian diplomat highlighted the US withdrawal from the deal in 2018, its recent attempt to seek a renewal of a UN arms embargo that will expire under the JCPOA in October, and the failure of the UK, France, and Germany — Washington’s allies that are still party to the JCPOA — to keep up their business ties with Iran in the wake of the US departure.

Given the unfavorable circumstances brought about by those countries, “cooperation [with the IAEA] is not the only option lying before Iran,” he said, warning that the Islamic Republic could also revisit its commitments under the Safeguards Agreement.

The IAEA report was also addressed in a story by Bloomberg News that likewise pointed to the “record pace” of the agency’s inspections of Iranian sites last year.

“The agency continued to verify and monitor the nuclear-related commitments of the Islamic Republic of Iran under the Joint Comprehensive Plan of Action,” it cited the report as saying.

The American news agency said the report “shows that monitors continued receiving wide access to Iranian nuclear sites,” saying 269 monitors and analysts were tasked by the agency to focus on Iran’s nuclear program. 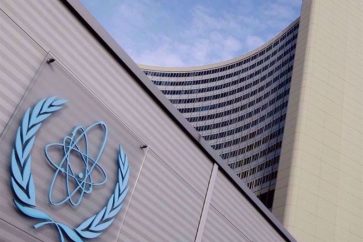 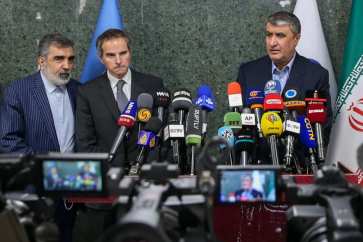