Newly inaugurated Iranian President Ebrahim Raisi met with the leaders of several Palestinian Resistance groups during his first full day in office on Friday, using the opportunity to pledge allegiance to the Palestinian cause.

“Palestine has been and always will be the number one issue of the Muslim world,” Raisi told Hamas leader Ismail Haniyeh, according to the official Iranian state Fars news site.

“We’ve never had and will never have any doubt about this policy.”

He also voiced the same message during a sit-down with Popular Front for the Liberation of Palestine leader Talal Naji, Fars reported.

All three Resistance group leaders were in Iran to attend Raisi’s swearing-in ceremony on Wednesday. While the event was scaled back due to coronavirus concerns, key Iranian allies managed to make the trip. Among them was also Sheikh Naim Qassem, second in command of the Lebanese Resistance group Hezbollah.

Raisi used the Friday meetings to praise the victory secured by the Palestinian Resistance groups during the recent Israeli war on Gaza. 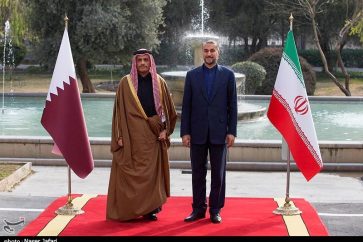