Ankara is seeking to sign a deal on producing SAMP/T air defense systems with France and Italy as soon as possible, Turkish President Recep Tayyip Erdogan said on Wednesday.

“We want to move to the signing phase of the SAMP/T agreement as soon as possible. We want to sign them because this is of great importance for our defense systems. We have full agreement with [Italian] Prime Minister [Mario Draghi] on this issue, there are no problems,” the Anadolu Agency quoted Erdogan as saying.

“Similarly, we have an agreement with [French President Emmanuel] Macron on this issue. I hope that we can sign the agreement as soon as possible and move on,” he added.

Draghi had told the local press that Ankara, Rome, and Paris had “decided to reactivate one of the cooperation platforms created over the years and then interrupted.”

The system in question is designed to meet medium and long-range air defense needs, providing protection to sensitive sites and deployed forces against missiles such as Tactical Ballistic Missiles, stand-offs, cruise missiles, and Anti-Radiation Missiles, as well as aircraft.

Ankara’s aspirations to garner more arms with its European partners come over a month after Turkish President Recep Tayyip Erdogan announced that “the Turkish army intends to carry out anti-terror military operations at the Turkish state borders,” noting that “the decision on these operations will be taken soon.”

The meeting between Erdogan and Draghi also saw the two leaders discussing the Ukraine war and its repercussions on the political, security, and economic environment throughout Europe.

The two top politicians also discussed unblocking the grain exports from Ukraine at a time that Turkish customs detained a Russian cargo ship suspected of transporting grain from Ukraine.

Officials in Ukraine said the grain was seized from Berdyansk Port in the southeastern province of Zaporizhzhia. The area is currently under the control of Russian forces.

“We need to free these (exports) as soon as possible to avoid a humanitarian and social catastrophe in the poorest countries of the world,” Draghi said following his meeting with Erdogan.

Several countries and international organizations have been calling for the unblocking of the Ukrainian seaports since the start of the war. Grain is stuck in the country’s warehouses, and the world is calling for its release with the aim of curtailing the rising food process and delivering crops to regions facing acute food crises as soon as possible.

Russia, however, has been blaming the West for the record-high gain prices giving rise to fears regarding a global food crisis in light of the Ukraine war, namely the West’s “destructive” stance on Moscow and its sanctions that are preventing Russia from exporting wheat and other foodstuffs.

Additionally, as the West tries to shift the blame on Moscow, Russia has been denying the blocking of seaports, highlighting that Ukraine deployed mines in the Black Sea.

Meanwhile, millions of tons of grain remain trapped in Ukraine, stored in silos and at the port of Odessa, causing a dramatic increase in global food prices that is expected to worsen as the war continues.

The war is highly affecting the world as a whole due to the vast role Russia and Ukraine play in the international arena when it comes to wheat and grain exports. They account for an estimated 30% of global exports of wheat, 20% of maize, and 76% of sunflower. 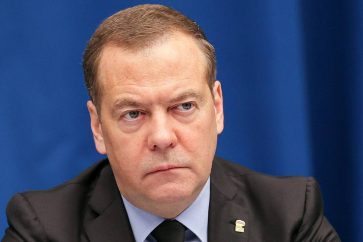 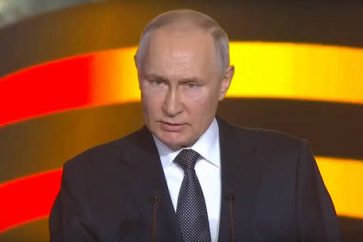 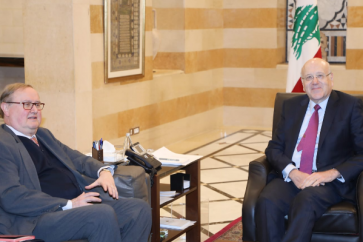 Duquesne from Grand Serail: Agreement with IMF is key to Recover Lebanon’s Economy and Unlock Aid